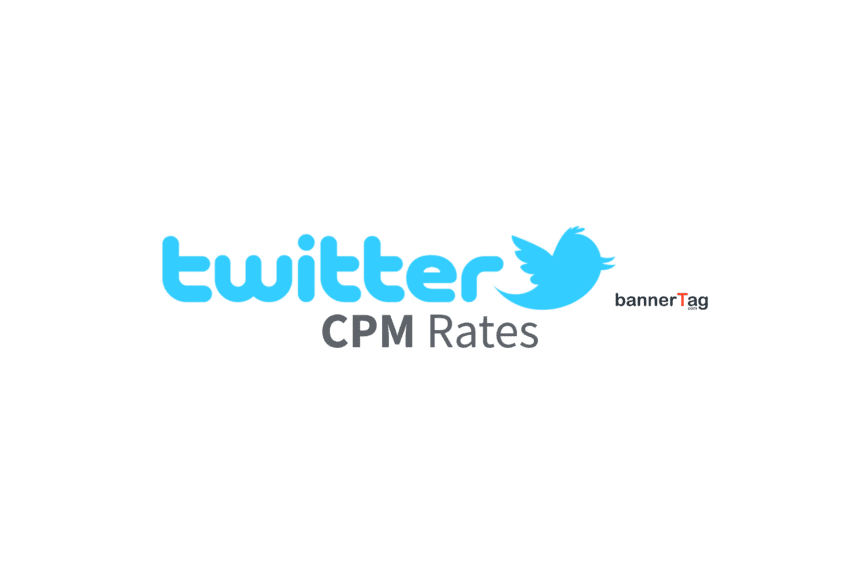 The Twitter Ad has been around for a while now and offer different types of ad placement that range from CPM to CPC measurements. This ad platform doesn’t maintain a steady CPM rate as it changes with time (depending on season, month, day, week, etc.). This year (2019), Twitter ha also s announced its new as rate for Q2.

Contents hide
1 Twitter advertising median cost-per-mille (CPM) worldwide from 1st quarter 2017 to 1st quarter 2018 (in U.S. dollars)
2 The Twitter Ad Trends As Q2 Of 2019
3 New Limits On Twitter CPM by Twitter Company
4 Twitter Ads Pricing
4.1 Billable Action
4.2 Auction
5 Bids
6 Ad Score On Twitter Ad
7 Ad Bidding On Twitter
8 Major Insight On How To Drive Results Using Twitter
8.1 Try Using Organic Achievement To Fuel Your Paid Strategy
8.2 Reach The Right Audience
9 How To Analyze And Understand Your Twitter Followers Before Launching Your Ad Campaign
10 Paying For Bidding On Your Twitter Ads
10.1 Debit and Credit Cards
11 Twitter Analytics: Complimenting The Efforts Of Your CPM Ad Campaign
11.1 Make Sure Your Audience Can Easily Relate With Your Contents
11.2 Measure Your Tweets With The Location Of Your Audience

The company earlier this year had published earnings that exceeded the estimate of most analysis, they have boosted their share price by 8.9%. Not just that, the company (Twitter) also increased their revenue by 18% year-on-year from the ad domestic growth according to some calculations from Adstage on the Q2 of 2019. This leads to think that more marketers may have to take advantage of twitter CPM for their marketing (Advertising) purposes as twitter is growing its revenues.

As it stands, AdStage has estimated that the Twitter CPM Ad impressions receives over 96 million impressions out 1.6 million click from the ads. This year (2019), Twitter ad rate was reported to stand as (medium):

Twitter makes more money from its advertising section than its social network section. But over the years, it has been discovered that the platform experienced drop in website/app visits for more than a year ago. A situation that made them launch an experimental research on their ad section. At the end of the research it was discovered that the decline in the traffic was as a result of not enough ads. Though twitter has declined to reveal the details of their experiment, as in, how many people the experiment affected as well as what it meant for the future Ad industry.

Twitter has cut down the number of accounts a user can actually follow per day. Before now twitter users were allowed to follow as much as 1000 accounts in a day, but today that number has been decreased to 400 per day. Which can make companies to consider spending more revenue on ads to gain high quality following. Therefore creating more demand for ads resulting in the increase of the advertising CPM rates.

The new policy on the follow section was put in place to block spammers. It is also not a secret that by following a lot of accounts there is a chance that someone will follow back and possibly check out company’s products and services. That can lead to less ad revenue for Twitter.

According to industrial analyst, the twitter ad term may take it a bit further probably on the 400 “page follow” threshold. With reasons that 400 page follow is too much for much for an individual to engage just in a day.

Whether you manage a large business brand or just a small enterprise, twitter CPM ads has been designed to benefit any type of business. As it is, twitter ads has the best minimum ad pricing. As a starter, we advise you to get familiar with bids, auctions, and billable actions.

How you will be billed depends on the kind of campaign plan you have chosen. Every campaign category has got a different payment option, and you are expected to pay only when the action is performed on your lunched ad. As in when users click on your ad or certain amount of impressions were served.

At this stage, the price of the ad is not fixed. Twitter ads are meant to run on a designed audition system were all interested advertisers are meant bid on an available ad space for a specific audience they wish to target. The amount you will be charged for your ad campaign depends on the following:

An ad bid is the amount an advertiser (you) is willing to pay for a particular ad unit. The bid is then sent to the twitter ad auction section where it will compete with other fellow advertisers who target the same audience. After your ad has made through this stage it will now be run according to the importance of it. Therefore it should be made to understand that those advertisers who has a higher bidding prices has more chances of winning the auction.

The twitter ad score has to do with the grade given to those ads that target some niche and looking forward to be cleared after an extensive assignment. So, it is really important that you have a really competitive ad bid that will measure up with the rest of the competing ads.

Though the amount of bid made by the advertisers is a strong catalyst for qualify an ad, but advertisers should also note that bidding is not the only criteria for winning an ad space. The quality of the ad is equality important. Each ad an advertiser creates will be granted alongside with the bid before it would be published to run as an ad.

Another thing that is also used as a catalyst for judging qualified ads includes:

In fact, to achieve a good overall ad Score, and win auctions that have the propensity to maximize the success of your campaign your ad must fit two rules. Have high/relevant bidding price and should be of good quality.

There are three methods of bidding on twitter ads, they include:

Major Insight On How To Drive Results Using Twitter

We have noticed that social media advertising is solely different from other advertising channels. Advertising via social media should have to relate closely with trending social activities, a situation that has the power to build a solid relationship; a strategy that the Twitter Ad platform was built with.

To  practicalize this, as an organization or a small business enterprise before you launch your CPM ad campaign it is good to test your engagement. Publish a few tweets. Know which one of them performs better in terms of engagement. After that check the tweets with the highest CTR, this will help you to with deciding which direction to focus on.

Twitter ads is among the best social media advertising platforms that has the right target audience. It is now left for you as an advertiser to come up with a white paper that contains strategy, budget, and specific target to drive your ad to the right to the right customers and clients.

It is important that before you launch your CPM campaign you first study your audience to know what they really want. Here we have made some information available to help you analyze your audience tweets. Consider the following aspects:

Before you could launch launch an Ad campaign you must make sure you add an active bank account cards in the “payment method” section. Now below are ways in which you can finance your ads campaign:

Independent advertisers can fund their ad campaign using both: either debit or credit type of cards. Twitter ads do accept payments in all countries where the website/app is available. Below are the acceptable payment methods by Twitter:

Twitter Analytics: Complimenting The Efforts Of Your CPM Ad Campaign

It is not enough to just choose the best ad bidding, and launch the best ad campaign. It is important you also monitor the ad engagements, see where your ads are taking you to. Know where to stop, pause, or continue ads. So this is more reason why you need to apply the services of Twitter analytical tool.

We are going to lead you through the fundamental basics of the twitter analytic tool which will in turn help you enhance your ad campaign progress. Below we have listed two ways you can use the twitter analytical report to increase your retweets, boost relies, and increase other twitter engagement

Make Sure Your Audience Can Easily Relate With Your Contents

It is necessary that you tweet about contents that audience can easily relate to, something that can easily drag their attention. How do you get to develop such content/tweets?

That’s  where the twitter analytics comes in, this tool gives you that opportunity to actually know what your audience are tweeting  about things. Click on the audience tab located at the top of the page, automatically a tracking chart representing all the info about your followers comes up including their demography. There are actually five tabs that contains different info about your audience which is represented with UX friendly graphics. On this platform their categories includes lifestyle, tabs, popular ranked topics etc. Make most of them.

Measure Your Tweets With The Location Of Your Audience

The twitter analytic can actually help you increase your clicks, retweets, and comments. Before you launch a CPM ads, as a company it is important that you ascertain the time zone of your proposed audience. Know when the visits from your target countries are at their peak.

To find the best time to tweet open your twitter analysis tool, click on “Demographic” tab located in the audience section of the Twitter Analytic. There you will be able to view the gender, location net worth, and many more info that are made available there.

There are though other ways which you can still compliment you are the activities of CPM ad campaign in terms of monitoring its performance. But may be in our next write up we, we might want to provide you with those tools that facilitate a smoother and most successful CPM campaign. If there is anything specific you would like to understand or know, leave a comment and we will do our best to provide you with the most relevant information.

If you have found a spelling error, please, notify us by selecting that text and pressing Ctrl+Enter.

Thank you for reading the entire article! We hope you learned something new.
We would appreciate comments with suggestions, help or really anything. This is a new website and all opinions are important.
If you could share this article in social media it would mean a world to us! Thank you!

David Writes is a professional writer from Africa. He has a lot of experience in blog and news articles.

View all posts by David Writes

Get the Latest Posts & Articles in Your Email How To Calculate CPC, CTR, eCPM and rCPM? 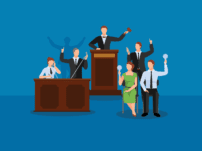 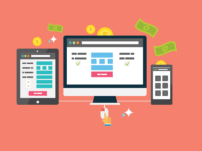 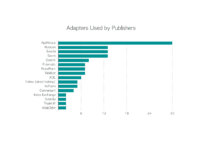 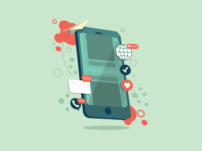 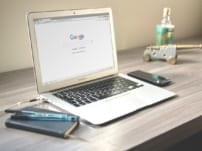 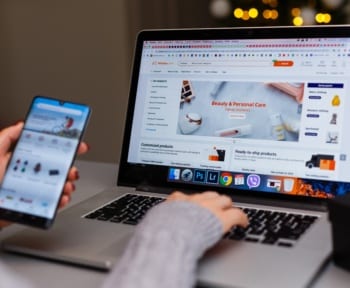 Advertising as a Marketing Tool to Reach and Influence Customers 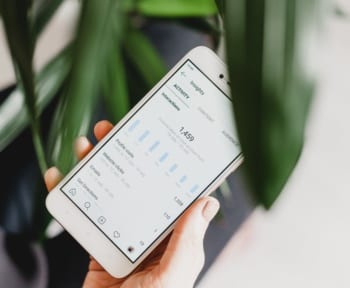 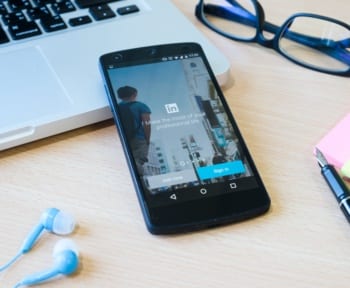 The following text will be sent to our editors:

Get the Latest Posts & Articles in Your Email

We Promise Not to Send Spam:)